Carmignano is a small medieval village located in one of the most historic wine zones in Tuscany.  The hilly region of Carmignano was one of the four Tuscan zones making wines of superior quality delimited in 1716 by grand duke Cosimo III de’Medici, making it essentially one of the first delimited and protected wine appellations in the world.  The region and its wines were forgotten for some time, until Count Ugo Contini Bonacossi of Tenuta Capezzana revived it’s fame by working towards the creation of the DOC in 1975.  Today Tenuta Capezzana continues to produce high quality and traditional wines in Carmignano.  What sets this DOC apart from many other Tuscan wine making areas is that Cabernet Sauvignon and Cabernet Franc are traditional grapes here and have always been used to compliment Sangiovese.

The three appellations of Carmignano (Carmignano DOCG, Barco Reale di Carmignano DOC and a Vin Santo Appellation) extend over the same territory and overlap Chianti Montalbano DOCG. The hills are lower than much of the Chianti appellations, lying at about 200m above sea level and the soils are mostly albarese, clay, shale and sandstone.

Made from a blend of organic Sangiovese 75 %, Cabernet Sauvignon 15%, Cabernet Franc 5% and Canaiolo 5% from the Barco Reale di Carmignano DOC.  This is the “second wine” of Carmignano DOCG; meaning it does not have the same lengthy aging requirements and is more approachable, smoother and fruit forward that its DOCG counterpart.  The wine spends about 6-8 months resting in wooden barrels after fermentation before release. 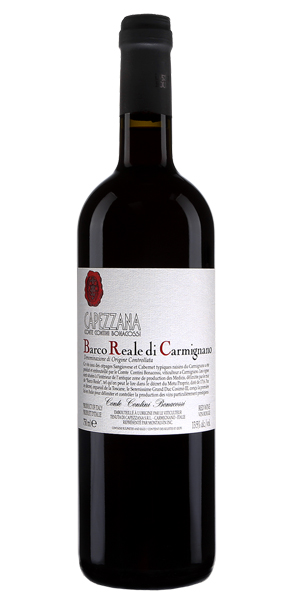 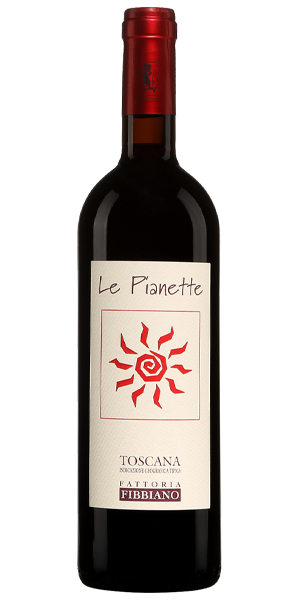 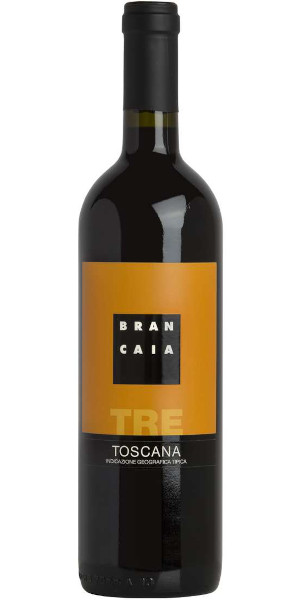 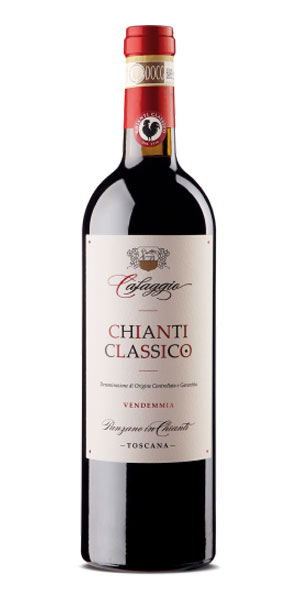