Domaine FL is both ancient and modern, an Anjou domaine of two halves united during the early years of the 21st century by Philippe Fournier.  The older half lies on the north side of the Loire river and is the site of Château de Chamboureau was one of the original great estates of the region. The newer half lies on the south side of the river, a collection of vineyards in the Anjou and Coteaux du Layon appellations.  Here, on the side of the road as it climbs out of Rochefort-sur-Loire, Philippe constructed of one of the Loire’s newest wineries and is now run by Philippe’s son Julien Fournier.

This is an expressive Savenieres, pronounced zesty lemon citrus character and yellow fruit on the nose.  There is a core of steely, firm minerality that completes the package and points to a long life for this wine.  Enjoy with fish, comté cheese, tomme de Savoie and Asian cuisine.

Chamboureau is an organic Savennières cuvée produced on a very old plot of land, just 1 ha, surrounding the château of the same name, to the east of the commune of Savennières.   The vines grow on sandy loam soils covering a bedrock of rhyolite and micro-granites. 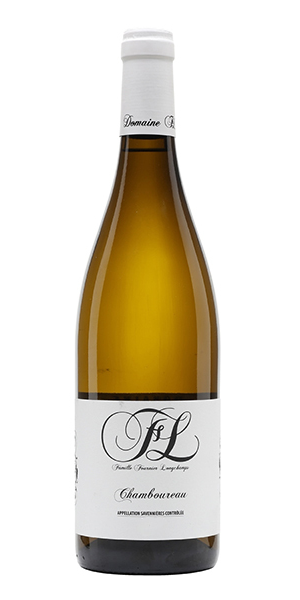