In 2017, a team headed up by Master Distiller, Billy Walker (notorious for changing the fortunes of BenRiach and Glendronach), formed the GlenAllachie Distillers Company and purchased the GlenAllachie Distillery from Pernod Ricard. The distillery came with the added benefit of a warehouse full of old single malt dating back as far as the 1970s to blend with. With over 100 years of combined experience in the industry, this team sought to usher in a new era for GlenAllachie by leaning into the rich fruit-forward character of the distillery.

This rich mahogany-coloured whisky is a perfect after dinner dram. Loads of stewed fruit, toasted nuts, and golden raisins give way to deep chocolate and espresso roast notes buoyed by brighter raspberry and orange peel aromas on the nose. The palate is thick with sticky toffee, christmas cake, and chocolate orange wedges while the finish buzzes with sweet honey and a surge of spice that begs for another sip.

Since being taken over in 2017, the Glenallachie distillery has greatly reduced their production capacity and extended the fermentation of their wash to a whopping 160 hours (industry standard being half that or less). This extended fermentation period allows the formation of more esters and consequently a significantly more complex and fruity spirit. The spirit is distilled in relatively short and spherically-shaped copper pot stills that produce full and rich new make spirit. The 12 year old PX finish starts off in american oak for over 10 years before finishing its maturation in Pedro Ximenez puncheons. 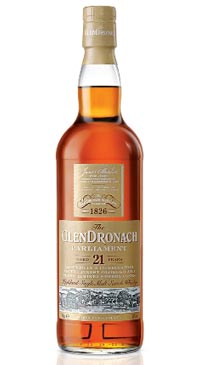