Glenallachie Distillery is a Speyside distillery sitting on the eastern edge of Ben Rinnes mountain where it is rather exposed to the elements . A modern building and its architect William Delmé-Evans created a distillery which is rather pleasing on the eye. Glenallachie was commissioned in 1967 with two stills which increased to four in 1989 in order to meet blenders ever increasing demand for Glenallachie malt whisky

This golden bronze malt obtains its nutty and honeyed character from carefully sourced Rioja Barriques of Spanish Oak, with a medium level of toasting. Rioja hails from Spain’s most renowned wine region and delivers sophisticated fruit notes. These Barriques were bottled when the influences of the distillery and wood reached complete harmony. 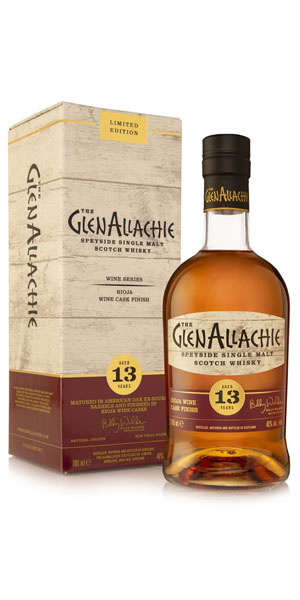 Be the first to review “GlenAllachie 13YO Rioja” Cancel reply