Glenallachie Distillery is a Speyside distillery sitting on the eastern edge of Ben Rinnes mountain where it is rather exposed to the elements . A modern building and its architect William Delmé-Evans created a distillery which is rather pleasing on the eye. Glenallachie was commissioned in 1967 with two stills which increased to four in 1989 in order to meet blenders ever increasing demand for Glenallachie malt whisky.

This gorgeous golden malt has been bottled at 48% and matured in premium American Oak Wood Barrels before being re-racked into bold and punchy Kentucky Rye Casks. The different toasting and charring levels of these casks combined with the Rye maturation adds a rich and spicy twist to the classic GlenAllachie style.

Nose: Cinnamon and nutmeg with waves of honey, treacle and orange peel. 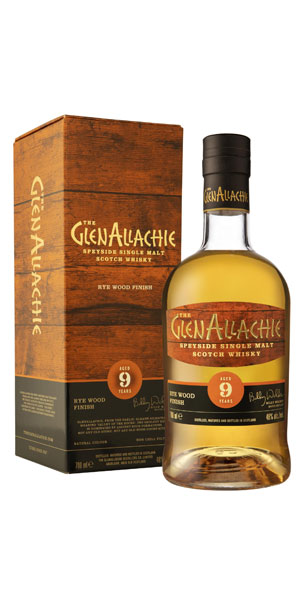 Be the first to review “GlenAllachie 9YO Rye Cask” Cancel reply