Doniene Gorrondona is perched on precipitous green cliff above the Bay of Biscay in the seaside village of Bakio, near Bilbao in the Spanish Basque Country. The name of the winery is a combination of Doniene, Basque for Saint John, the patron Saint of Bakio and Gorrondona, the name of the farmhouse and winery which was built in 1852.

The winery was founded by winemaker and oenologist Itziar Insausti and journalist Andoni Sarratea. Itziar’s brother Egoitz works in the winery and assists agronomist Julen Frías in the vineyards. Doniene Gorrondona was one of three original pioneers in the revival of Txakolina production (Txakoli or chacolí is a slightly sparkling, very dry white wine with high acidity and low alcohol) near Bilbao, with the creation of the Bizkaiko Txakolina DO in 1994. Prior to that, the Txakolina discipline was nearly lost in the area, with many vineyards given over to the construction of seaside homes. Their goal has always been to rejuvenate the tradition of Txakolina and honor its contribution to the gastronomic and cultural history of their village with the indigenous Hondarrabi Zuri and Hondarrabi Beltza grapes. Unlike some of their neighbors, they eschew the use of international varietals, believing in the traditional local grapes of their ancestors.

Expressive, fresh and elegant wine. On the nose, it is quite varietal, with flowery and mineral notes. A red wine with a marked Atlantic character.

Gorrondona Tinto is a wine made from Hondarrabi beltza, from vines that are over 80 years of age, the oldest ones in Bakio. Apart from their 2  hectare parcel of pre-phylloxera Hondarribi Beltza grapes, they also have 5 very old plots from small vine growers. The vines are farmed organically, hand harvested, destemmed and the wines are fermented in temperature controlled stainless steel using indigenous yeasts. After a soft pressing, they are left to rest in stainless steel tanks on their fine lees until the end of January. 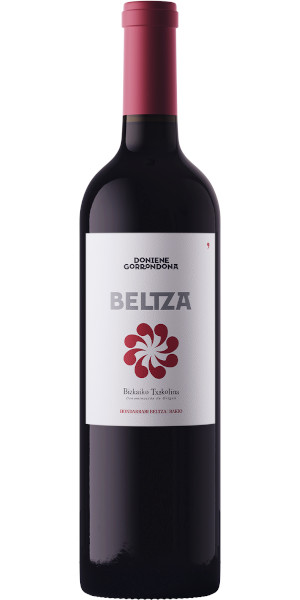 Be the first to review “Gorrondona Beltza Txakoli” Cancel reply