Gut Oggau is a biodynamic wine estate in Oggau, Burgenland, Austria owned and operated by Eduard Tscheppe and Stephanie Tscheppe-Eselböck. Edward grew up making wine with his father and Stephanie’s family have a Michelin star restaurant. In 2007 the couple focused their energies into reviving a dilapidated winery, including a 200 year old screw press and abandoned vineyards. Their approach was to farm according to organic and biodynamic principles from the beginning and the results are impressive and their wines have garnered a cult-like following amongst natural wine lovers worldwide.

This is a light, elegant cuvée with that opens with a touch of spritz.  Notes of fresh herbs (sage) and stone fruit (apricot, peach) on the nose and palate.  It’s a fresh and summery.

The Maskerade wines are made from some newer vineyards Stefanie and Eduard acquired, that they are in the process of converting to biodynamics. They are all in liter bottles.  ‘Maskerade’ Weiss is a mysterious field blend that hails from 30-year-old vines. Juice ferments in large barrels and ages for eight months with no batonnage, bottled unfined, unfiltered, and with zero sulfur. 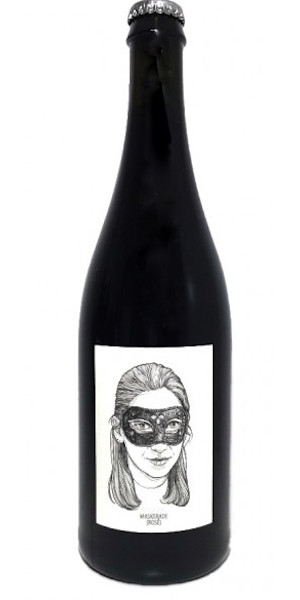