Co-founded by Dan and Margaret Duckhorn in 1976, Duckhorn Vineyards has spent forty years establishing itself as one of North America’s premier producers of Napa Valley wines. From its modest inaugural vintage of 800 cases of Cabernet Sauvignon and 800 cases of Merlot in 1978, to its addition of Sauvignon Blanc in 1982, Duckhorn Vineyards has crafted a tradition of quality and excellence that continues today.  The winery’s seven estate vineyards are located in alluvial fans of Napa Valley and the much sought after Howell Mountain slopes.

Since 2014 the wines are made under the guidance of accomplished head winemaker Renée Ary who started at Duckhorn as an assistant winemaker in 2003 and has been producing knock out wines since that time.  Winemaker Renee Ary works with each vineyard block separately and harvests when flavours are optimal and tannins are their softest. She approaches winemaking in an artisinal manner, by tasting and blending from close to 200 lots, separately barrel ageing each lot in oak from various cooperages. The result are wines of great finesse, personality and depth.

A wine of power and grandeur, this mountain-grown Cabernet displays beautiful aromas of huckleberry, black cherry, brambly blackberry and plum, as well as notes of savory tobacco leaf and brown sugar. On the palate, the voluptuous fruit flavors are supported by robust mountain tannins and an age-worthy structure, with notes of candied red cherry, baking spice, cigar box and herbs adding layered complexity to a remarkably long finish.

Duckhorn Vineyards has sourced grapes from this distinctive region for more than a quarter century and has crafted a Howell Mountain bottling since 1989. Recognized as one of the Napa Valley’s most acclaimed winegrowing regions, grapes from Howell Mountain are famous for producing age-worthy Cabernet Sauvignons with rich, deep color and excellent structure. To encourage further complexity, this wine is bottle-aged one year longer than other Duckhorn wines prior to release. 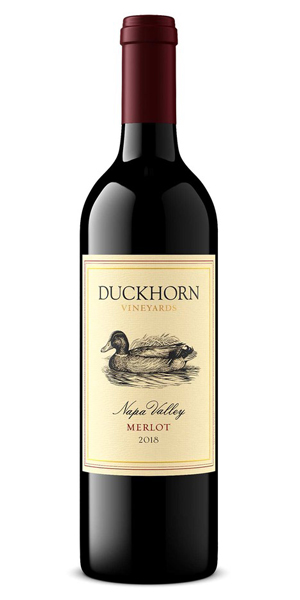