From the distillery: On the nose, peat aroma from the lightly peated barley is apparent from the off and some of the green apples which are becoming a feature of Kilkerran are also present. This whisky is like a favourite dessert, rhubarb crumble, stewed rhubarb, vanilla and all butter shortbread. On the palate, there’s an earthiness and saltiness, exactly what you want to taste in a Campbeltown dram. This is combined with icing sugar and puff candy which gives a sweetness to the whisky, along with milk chocolate and walnut flavours. On the finish, the peat remains, along with a sootiness, pencil shavings and a liquorice influenced maltiness.

Nose: Smells like you’re making homemade caramel but you burnt the edges a bit; dark chocolate shavings, raisin, bruised plum, fig, and prune.
Palate: Very rich and full-bodied; baking spice, stewed fruits, and lots of wood come to mind. Woo! Definitely cask strength! This will put some hair on your chest, as they say. Bring this one out to impress your Scotch-loving friends. 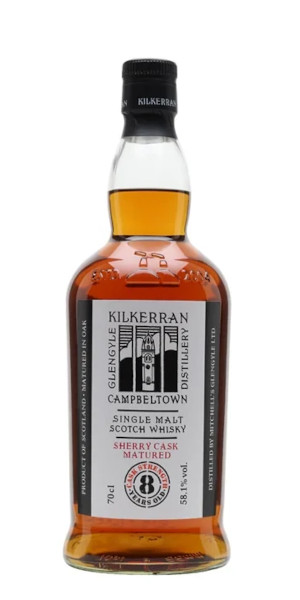