This Premier Cru red Burgundy has a well-defined bouquet of bramble berry fruit complimented by light peppery notes from the addition of stems during fermentation and sweet warm tobacco notes that emerge with time in the glass. The palate is medium-bodied with fine-grained tannins and harmonious structure.  A pleasing salinity comes through on the finish.

The Beaune Teurons 1er Cru is an estate grown wine from Marchand Tawse.  The vines are close to 50 years old growing on a red/brown soil composed of iron and clay. 40% whole bunch pressed with the inclusion of stems.  The juice undergoes a short cold maceration, pigeage twice a day at the start of alcoholic fermentation then gentle pump-overs for extraction for 18 days.  30% of the wine is aged in French Allier and Troncais lightly toasted new oak. The wine if bottled unfiltered and unfined. 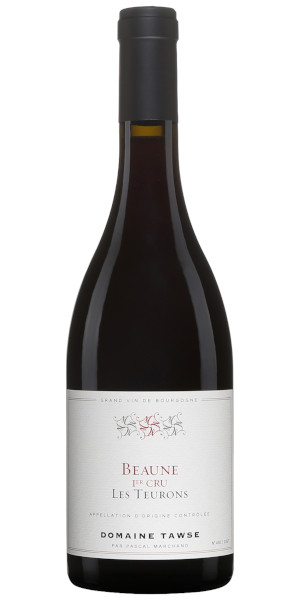