Marc Benassis and his father, Michel, are the wine producers with Marc being the fifth generation that has run the estate of 50 hectares since 1936.  At the heart of the village of Canet en Roussillon, the winery is housed in a wonderful building dating back to 1863 which is one of the oldest in the village. This building was bought in 1968 by Louis Benassis at the Hospital of Perpignan from where it takes its name “Cave des Hospices”.  The Benassis family takes a very sustainable agricultural approach to winegrowing in order to minimise the need for chemical treatments. During the summer the soil is ploughed superficially and from autumn to spring they allow the natural grasses to grow. Since 2017 they have been using pheromones to fight biologically against parasites and avoid resorting to chemical treatments.

Light tree fruit aromas, nectarine and apple along with fresh raspberries.  The palate is vibrant and lively with crisp finish.  This is a classic southern France rose, wonderfully fresh and crisp with whispers of red fruit and infinitely easy drinking.  Enjoy as an aperitif, with salty snacks, seafood and summery salads.

This wine is a blend of Grenache 60%, Mourvèdre 20%, Syrah 10%, Cabernet Sauvignon 10%.  The grapes are destemmed at the arrival in the cellar and placed directly in the pneumatic press under a saturated carbon dioxide atmosphere. The final selection of the blend is based on taste. Fermentation takes place with a strict control of the temperatures, followed by a maturation of 3 months in vat. 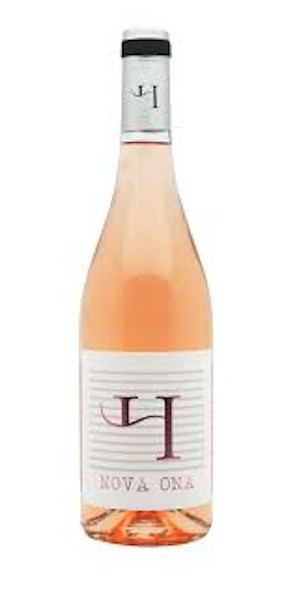 Be the first to review “Nova Ona Rose” Cancel reply