Petrolo is a legendary wines estate in Tuscany that has somewhat of a cult following.  The estate’s benchmark wine, is a Merlot from the cru Galatrona which is considered among some of the iconic wines of Tuscany’s quality revolution in the late 1980s and 1990s.  They have been crafting a range of high distinctive high quality wines from the small appellation, Valdarno di Sopra, bordering Chianti Classico.  Though this wine growing area may be still relatively unknown to those outside of the region, the Valdarno di Sopra denomination dates back to the days of the Medici family rule during the Renaissance, and the area has always been renowned viticulture and winemaking.

Petrolo is the definition of a cult winery, with an owner and a story that have helped create its legendary status. While the estate’s benchmark wine, the Merlot cru Galatrona, deservedly receives fireworks in the press and is part of the history of Tuscany’s quality revolution in the late 1980s and 1990s, the winery’s two other standouts, Torrione and Boggina, are an equally thrilling success – Sangiovese from a special and virtually unknown appellation bordering Chianti Classico that today produces wines of distinct regional identity.

Petrolo is a family wine estate.  It was purchased in the 1940s by Gastone Bazzocchi, who was the first person to begin cultivating high-quality Sangiovese-based wines at the estate.  His grandson, art scholar and painted, Luca Sanjust, brought the winery the cult status it enjoys today.  Petrolo produces outstanding and highly sought after wines from native and non-native varieties.

“The flagship 2018 Galatrona, 100% Merlot, is very beautiful. Silky tannins wrap around a core of Merlot fruit. I am struck by how elegant the 2018 is, as Galatrona is so often a wine of impact. Black cherry, chocolate, game, leather, licorice and spice give the 2018 a good bit of nuance. This is an especially understated, refined edition of Galatrona.” 96 points – Vinous

Galatrona is Petrolo’s most acclaimed wine, a Merlot cru made exclusively with grapes from the Galatrona-Feriale vineyard planted in 1990s with low vigor Bordeaux clones.  The vines are planted on clay-rich loam, with shale, marl and sandstone. Clay helps to retain the moisture in the soil, which is particularly useful during the hot, dry Tuscan summers. The vineyard lies approximately 1000 feet above sea level and has a south-eastern exposure. The yield per plant is restricted; essentially each vine produces half a bottle of wine.

Skin maceration lasts more than 20 days. Pump-overs are done manually with considerable care and very frequently to allow the complete extraction from the skins. Malolactic fermentation takes place in barriques, usually starting quickly and with regular development. After the malolactic fermentation the wine ages in new and almost new French oak barriques for approximately 18 months. During this period the wine is left for the first 8 months on the fine lees. After bottling, the wine begins its usual maturation period of about 6 months before release.

2018 was a very favorable year to viticulture and among the best vintages ever with extraordinary results in the bottle for quality and quantity. Cold temperatures arrived a little later than usual, only in February and the rains came abundant in the spring. The temperatures have remained slightly above average since April and for the rest of the summer but without excess. Precipitation was contained in the summer. These conditions have supported a balanced growth and perfect ripening of the grapes sustaining optimal health conditions. 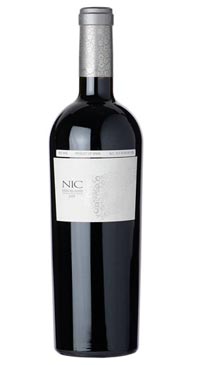 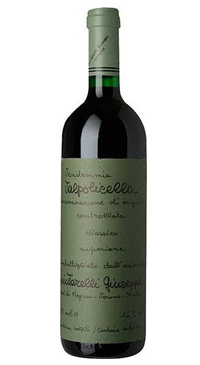 Be the first to review “Petrolo “Galatrona”” Cancel reply