Brewed to celebrate 25 years in craft beer and to support our community! The 25K IPA is a limited release, double-dry hopped IPA, with intense aromas of juicy melon, bright orange, and hints of pine. Perfectly balanced with a rounded bitterness. 100% of all proceeds of this beer will be donated to Feed Nova Scotia.

Double dry hopping is a process where hop pellets are added in abundant quantities at the end of the boiling process, and sometimes in the fermenting tank directly. This process is what contributes to the intense aromatic qualities that New England IPA’s have become known for. The hops varieties used are usually from North America or Australia/New Zealand and are known for flavours of tropical fruit, citrus and stone fruits, along with herbal notes. 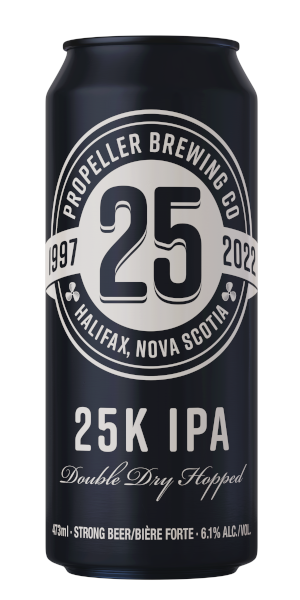