Jean-Jacques Robert took over 5 ha of his grandfather’s vines in the Mâconnais just outside the village of Fuissé after finishing law school in 1988. Although most of the harvest had always been sold off to the cooperatives, the small parcels that made up the domaine thrive in their unique microclimates, producing well-made Pouilly-Fuissé. Jean-Jacques soon came under the influence of two ardent defenders of terroir, the great master of Morgon, Marcel Lapierre, and American importer, Kermit Lynch. Little by little, Jean-Jacques has introduced radical changes to the domaine (while staying faithful to his grandfather’s wisdom about the complexity of the land), finally realizing its full potential. He is now joined by his son, Nicolas.

“At a fraction of the price of the appellations of Meursault and Puligny-Montrachet, to which they are often compared by aficionados and critics alike, the wines of Robert-Denogent offer tremendous value, wonderful richness, and impressive complexity. An added attraction for some—they age sooner than their counterparts to the north.” – Kermit Lynch Wine Merchant

On the nose, aromas that can only be described as funky and complex- some cherry, sandalwood, and spice come to mind, too. On the palate, the notes from the nose carry through with added silkiness, with a pleasant finish. Pair with a charcuterie spread, a ton of different cheese, or lighter, chicken fare.

Made from 100% Gamay, the grapes come from a parcel leased from the niece of Jules Chauvet, famous natural winemaker from Beaujolais. Farmed according to organic practices- though not certified organic, the grapes are hand harvested and sorted before undergoing a natural fermentation in indigenous yeasts in 228 L oak barrels. Carbonic maceration lasts for 15 days at cellar temperature and no sulphur applications occur in the vineyard or in the winemaking process with very minimal SO2 is added at bottling. The wine is aged 16 months in 7 year old barrels and bottled unfiltered and unfined. 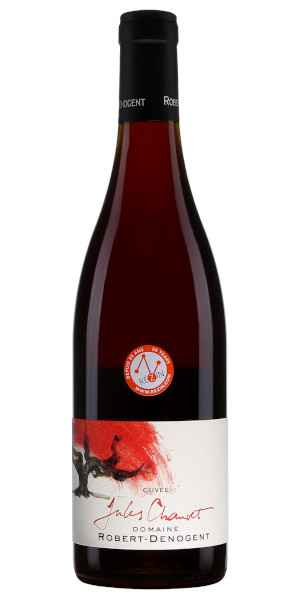