Tantalus vineyards and winery is situated on the eastern slopes of the Okanagan Valley, overlooking the shores of Lake Okanagan and the City of Kelowna. Originally known as Pioneer Vineyards, the site was first planted to table grapes in 1927 and today is known as the oldest continuously producing vineyard in British Columbia.

Tantalus was established in 2004 when Proprietor Eric Savics was presented with the opportunity to acquire one of the Okanagan Valley’s premier vineyard properties.  After tasting several vintages of wines made by the former owner, Eric felt this was indeed a very special vineyard. He, along with his team, established the site’s ultimate potential would be fully realized by focusing on a small, terroir-driven line of wines made from Riesling, Pinot Noir and Chardonnay.

The old vine plantings – 1978 Riesling and 1985 Pinot Noir and Chardonnay became the backbone of the vineyard. Other varietals were removed and new plantings of the 3 flagship varietals commenced in 2005. The vineyard would not only have considerable vine age as its anchor, it would grow to have superior clone variation as well.

Deep crimson in colour, this wine juxtaposes sweet berry and lifted floral aromas against notes of fresh earth and mushroom. Hints of anise and fennel round out the complex aromatic profile. The earthy character follows through on the palate along with dusty cocoa, black plum, chokecherry and baking spice. The finish is long and structured with a vein of minerality and promises a long, age-worthy life for this wine.

Crafted from multiple clones and all sourced from a single vineyard estate, select Pinot Noir blocks were handpicked and vinified in small lots using 100% wild fermentation. Each block was fermented separately, with a light working once a day through fermentation, mainly by way of gentle foot-treading. Anywhere from 20- 40% whole bunches were included.
Once the wine had finished primary fermentation, the must was gently pressed after between 18-35 days on skins depending on the block. The wine was then aged in oak barriques (25% new) for 11 months, at which time it was “blended” and returned into neutral barrels on fine lees for another winter (15 months total). Bottling, unfined and unfiltered, took place in February 2020. Although enjoyed in its youth we see this wine aging gracefully over the next 7 to 10 years. 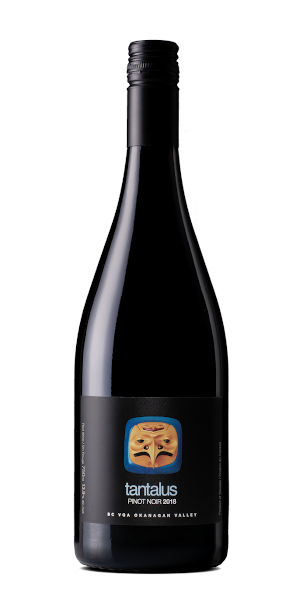 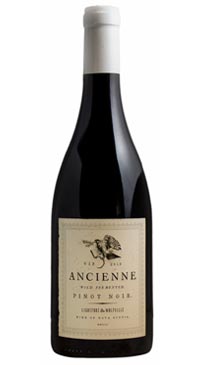 Be the first to review “Tantalus Pinot Noir” Cancel reply