2017 was marked by the frost of the night between April 27 and 28 that Vega Sicilia fought with their anti-frost towers. The end of the season was warm, and the overall rain was low.  This is mainly Tinto Fino (Tempranillo) with 6% Merlot.  Hand harvested and cooled down, it took three to four days of maceration to start fermenting with indigenous yeasts in stainless steel tanks. Malolactic fermentation also takes place in stainless steel.  After fermentation, it was aged for three years, between wood and in the bottle.  French and American wood, new and used 225-litre barrels, 20,000 litre vats, a long and complex process for a great wine. 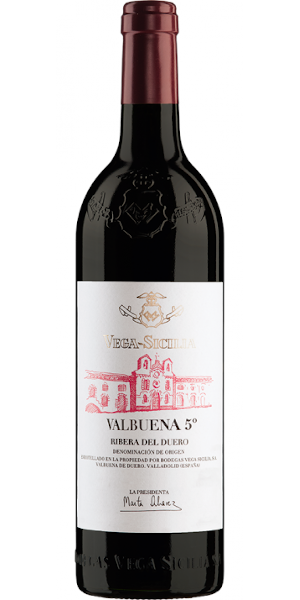 Be the first to review “Vega Sicilia Valbuena 5º” Cancel reply