Home to the Sichel family since 1961, Château Angludet is one of the oldest properties in the Médoc, with a history which goes back to the twelfth century. It is named after Bertrand d’Angludet, a knight and lord of the noble residence which stood on this site in 1150.

Since 1758, the vineyard of Château Angludet has retained a configuration down the centuries which is very close to the original, 93 percent of the current surface area having nurtured vines for more than 250 years – exceptional continuity for a vineyard.  Surrounded as it is by Grand Cru Classé properties, Château Angludet would almost certainly have been included in the famous 1855 Classification, had the property not been broken up as part of an inheritance settlement. In an act of faith (given the property’s state of decay) and belief in Angludet’s potential, the Sichel
family bought the estate in 1961. Since then, the Sichels have worked tirelessly to restore and, indeed, improve the vineyard and cellars, giving Angludet back the reputation its exceptional terroir deserves.

Situated on a plateau of Garonne gravel, the vineyard overlooks the low terraces of the Gironde estuary. The gravely, sandy soil has good drainage, fostering concentration, finesse and elegance in the wines.

Managed today by Benjamin Sichel, the vineyard of Château Angludet covers a surface area of 32 hectares, all within the AOC Margaux winegrowing area.

A distinguished and elegant bouquet of black fruit, spice and toasty vanilla notes. The palate is no less charming – generous, ample and elegant, displaying crunchy fruit and underpinned by superb, perfectly smooth tannins that offer remarkable length. Still in its youth, it will attain its full expression after several years of ageing in the bottle.

A blend of 55% Cabernet Sauvignon, 35% Merlot and 10% Petit Verdot.  The grapes grow on very poor soil, a mixture of gravel and medium sized pebbles with some sand.  Traditional vinification is carried out in cement vats. Vatting lasts for between 20 and 30 days, after the malolactic fermentation, the wines go into barrel (one-third renewed every year) and remains there for 12 months. The final selection of which wines will go to make the final blend for Château Angludet is made the following February or March. The process of selection is strict (as only the best wines can be included) and is done by a series of tastings. Once the final blend has been established,  the wine is fined with egg whites and very lightly filtered before bottling. 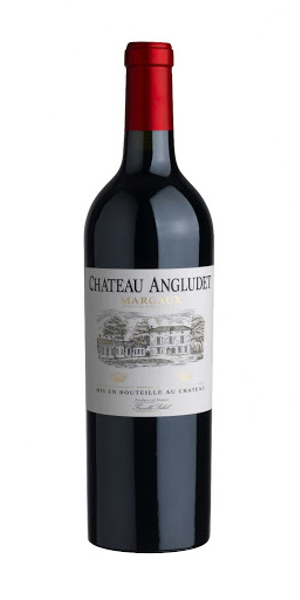 Be the first to review “Chateau Angludet Margaux” Cancel reply