Basil Hayden Sr. – known as Old Grand-Dad to the generations that followed – made bourbon the way he wanted. He went against the traditional “grain” of the time and chose to distill his bourbon with a higher percentage of rye. This way of crafting bourbon was likely something he handed down to his son. And in turn, his grandson. That was Colonel R.B. Hayden who would justly name his bourbon after his Old Grand-Dad. The recipe today remains inspired by Basil’s original with complex flavors and an unmistakable spiciness. First bottled in 1882, very little has changed about it since.

From the distillery: On the palate, charred oak and black pepper spice with sweet notes of vanilla and caramel, with hint of dried fruit. 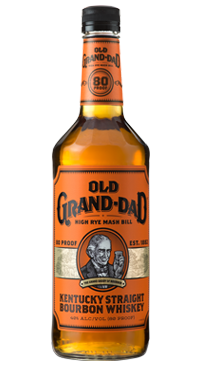