Springbank is one of the few surviving distilleries in the Campelton region which was once the epicenter for illegal stills and by far the highest producing whisky region in Scotland. In 1828, the Reid brothers (in-laws of the Mitchell family) and Archibald and Hugh Mitchell built the legal Springbank distillery on the site of a former illicit still in Campbeltown. A decade later, the Reids fell on hard times and sold their remaining shares to the Mitchell family who still own and operate the distillery today.

A combination of an excess of low quality Cambeltown whisky and prohibition hit the region hard in the early 20th century and the Springbank distillery went on hiatus from 1926 – 1933. Many other Cambeltown distilleries were not so lucky and never reopened, and this led to the near collapse of the whisky industry in the region.

Today, Springbank remains one of the only family-owned single malt distilleries in Scotland and is one of only two distilleries (the other being Kilchoman) that carries out every step of its production on-site. They still use in-house floor-malting for all of their barley and even bottle their whisky on-site. As a result, they are one of the most sought-after by whisky lovers but also one of the best places to learn the entire whisky-making process from grain to bottle for aspiring distillers.

This dram is light gold in colour and has aromas of lime zest, pears, sourdough starter, salted peanuts, and a subtle but distinct sea spray note. The palate is silky and light with citronella, lychee, cider and an almost white-wine character leading to a long finish that adds notes of mustard seed, biscuits, and a soft charcoal smoke.

This is a delicious and delicate dram that adventurous palates should try with some raw oysters on the half shell.

There are a few Scottish distilleries that still malt their own barley but Springbank is one of only two distilleries which malts 100% of its own barley, using the traditional floor maltings. The whole production process: malting, milling, mashing, fermentation, distillation, maturation and bottling happens on site in Campbeltown. A small portion of the malt for Springbank is peat-kilned lending the finished spirit a subtle coastal, briney, and smokey flavour.

Springbank uses two 6000 liter copper pot stills with a speyside shape (wide bottomed with relatively tall conical necks) to make their spirit but are once again unqiue in that they use a distinctive two and a half times distillation method to preserve complexity while creating a smooth-textured spirit.

In the case of the Springbank 10 year, a combination of ex-bourbon (60%) and ex-sherry casks (40%) are used for maturation to allow the distillery profile to show through while adding some depth of fruit and spice. After maturing for at least 10 years, Springbank 10 year is then diluted to 46% alcohol by volume and bottled. None of Springbank’s bottlings are chill-filtered nor is any additions for colour stabilization or caramel used. 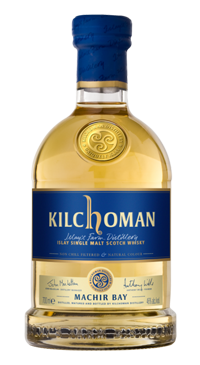 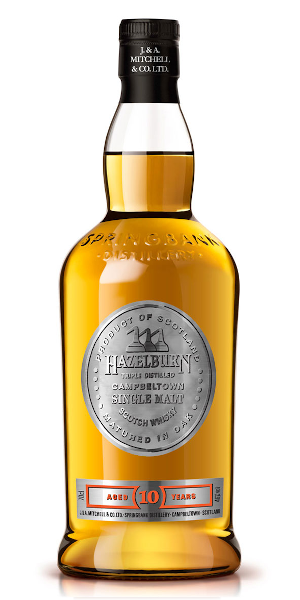