Soon after he met Monica and they began discussing their plans for the future. Monica’s grandmother and great grandmother had made mezcal back in the day, and her family still enjoyed Tequila after every meal. They considered trying to import and private label a tequila but simply couldn’t find anything they liked enough. They hooked up with Alex’ old friend Chris Matte who he had recorded with in the past and decided they would make their own tequila instead.

Bottled and distilled in Mexico’s most awarded tequila distillery, Siempre Reposado is a 100% agave sipping tequila aged up to 6 months in American Oak barrels. 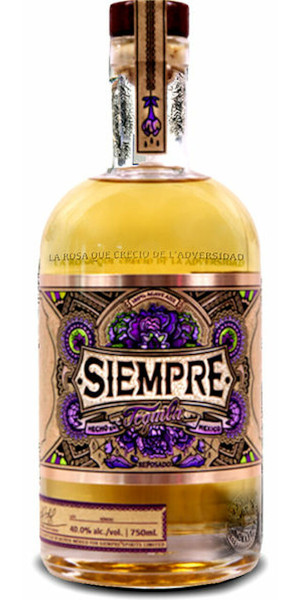 Be the first to review “Siempre Tequila Reposado” Cancel reply