Pale color, and hazy with a huge rocky head. Flavours and aromas show the characteristic Ayinger elegance and perfect balance. Finishes with a subtle spicy, fruity note from a traditional Bavarian weissbier yeast strain – known to produce notes of ripe banana, and clove spice. Along with citrus, and orange blossom notes.

Brewed with 60% wheat malt which gives all Weissebiers their classic hazy appearance. As well as a specific ale yeast that produces this styles signature banana and clove aromas and flavours.

Ayinger Brau Weisse has always been one of the lighter German wheat beers we bring in, it doesn’t have as much caramelized character as Erdinger, Rittmayer, Paulaner, etc. 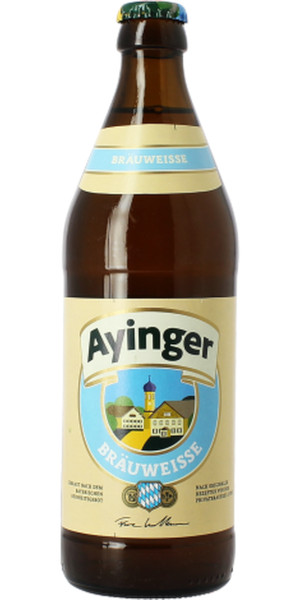