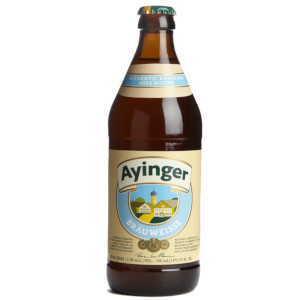 Arguably one of the most recognizable beer styles, the German-style hefeweizen offers a unique beer experience thanks to the use of wheat malt, unique yeast and uncharacteristic appearance. The refreshing qualities of this highly-carbonated style have kept it alive for centuries. The German-style hefeweizen is straw to amber in colour and brewed with at least 50 percent malted wheat. The aroma and flavour of a weissbier comes largely from the yeast and is decidedly fruity (banana) and phenolic (clove). The intensity of these wildly differing flavour qualities varies depending on the brewer, but the two are most commonly balanced. In German, “hefe” refers to the yeast which remains in suspension giving the German beer its cloudy appearance, and “weizen” denotes the use of wheat.