Glenallachie Distillery is a Speyside distillery sitting on the eastern edge of Ben Rinnes mountain where it is rather exposed to the elements . A modern building and its architect William Delmé-Evans created a distillery which is rather pleasing on the eye. Glenallachie was commissioned in 1967 with two stills which increased to four in 1989 in order to meet blenders ever increasing demand for Glenallachie malt whisky.

The first batch of GlenAllachie 10 Year Old Cask Strength was released following Billy Walker taking the helm of the distillery in 2017. It was matured in American oak, Pedro Ximénez, Oloroso and virgin oak casks, and bottled at 57.1% ABV. 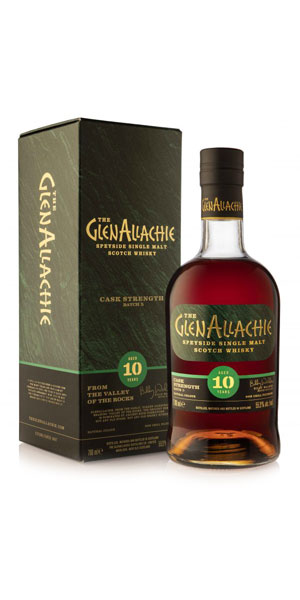