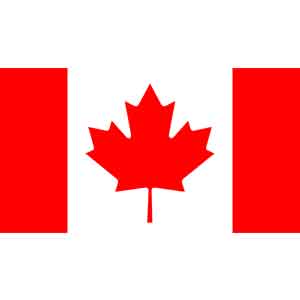 Located at the northern limit of grape growing territory, Canada is has an ever growing wine industry. Most of the vineyards are located in the southern part of the country and benefit from the moderating effects of large bodies of water, lakes and oceans, to aid in the grape ripening process. Very little Canadian wine is exported and most of what is produced satisfies the local market.

Not that long ago, Canadian vineyards were dominated by the French-American hybrid varietals that were developed by Europeans when they settled Canada. These tough vines easily withstood the rigorous Canadian winters, however the wine they produced was lacking some of the finesse found in wines made from the European Vitis Vinifera species. While French-American hybrids are still proliferating in many Canadian vineyards, especially in areas that face more climatic challenges, there has been a dramatic shift in Canadian viticultural practices and an increase in vinifera varietals.