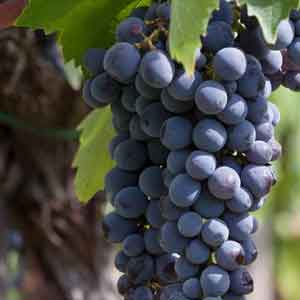 Kékfrankos is a dark-skinned, late ripening, red vinifera grape varietal from Central Europe (grown across Austria, Czech Republic, Germany, Hungary, Slovakia, Croatia, Serbia, Slovenia). It has been called “The Pinot Noir of the East” because of its spread and reputation in Eastern Europe. For a long time before DNA analysis, this varietal was erroneously thought to be a clone of Gamay due to similarities in morphology. Kékfrankos is the Hungarian name – “kék” means “blue” – named for the grape’s signature blueish colored skin. The grape is also known as Blaufränkisch (Austria) and Lemberger (Germany).