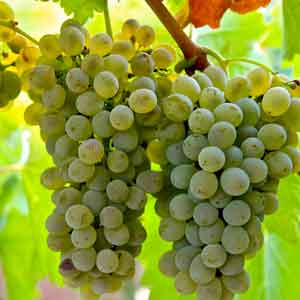 Grown throughout Portugal, Verdelho is a white grape mainly known to produce crisp, dry white wines. While the grape is believed to be originally from Crete or Sicily, it has traditionally been grown on the island of Madeira. Not to be mistaken with Gouveio (a different grape), Verdehlo grown in Portugal achieves a much higher level of sugar content than it typically produces in Madeira.

Other regions of the world have championed the dry style of Verdehlo, including Galicia, Spain (where it is known as Verdejo) and Australia. Australian examples display bright, intense citrus flavours, with slight honeysuckle notes.